Pretty much a year late to the day this one – sorry. There’s a couple of upgrades I need to document but we’ll go in chronological order and start with the brakes.

With the increase in power, and the Mintex 1144s being half worn, I started to overwork the brakes on a track day again. They were still slowing me down well enough, but not consistently and towards the end of the day they were starting to noticeably fade. The same day, I’d also driven a friend’s Westfield and his brakes were far nicer to use than mine. I disliked the strange feeling mine gave of not being able to push them any further. Thus, the logical step was to move towards his setup. After chatting with Stewart at FreakyParts at AutoSport earlier that year, I finished off the discussion via email and put a kit together with Wilwood Powerlite calipers (essentially modifying an MX5 kit he does). These are designed for cars weighing 750kg or less and were the same calipers as in the Westfield that I drove and liked.

This is what arrived as the kit: 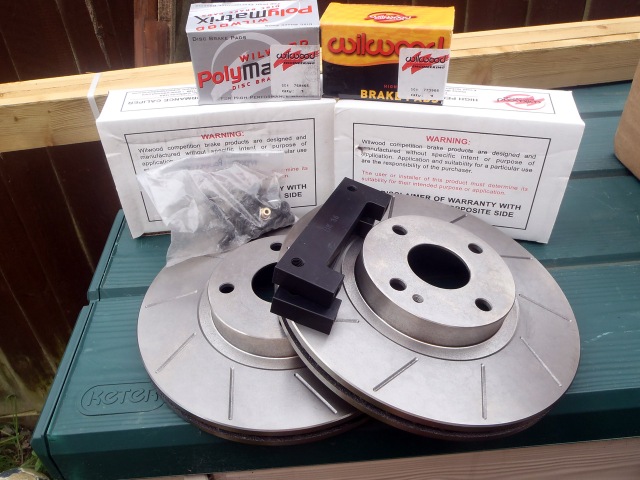 The BP10 pads were supposed to be sufficient but the Westfield I drove had PolyA pads. My friend suggested he cooked the BP10 pads hence going PolyA. Thus, the natural conclusion was to buy both pads and if the BP10s were good enough, I could sell the PolA pads on to him!

I set about stripping down the old, dirty setup that had been so effective until I’d ruined it with power… 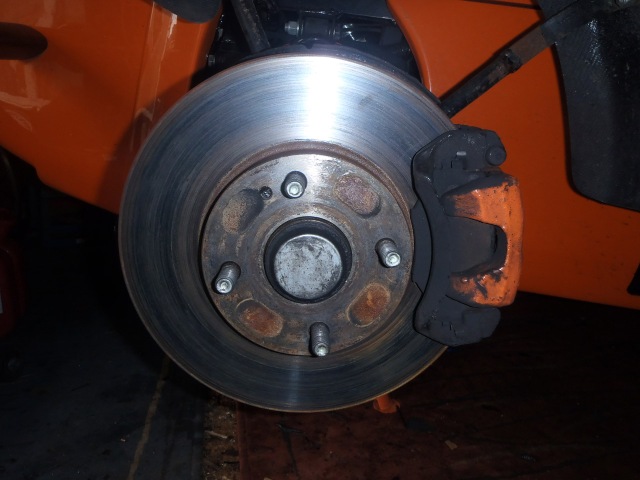 Once the old discs were off, I could compare them against the new 270mm discs. I’d have been happy staying with the standard size, but that would have meant a custom bracket which would have pushed the price up. 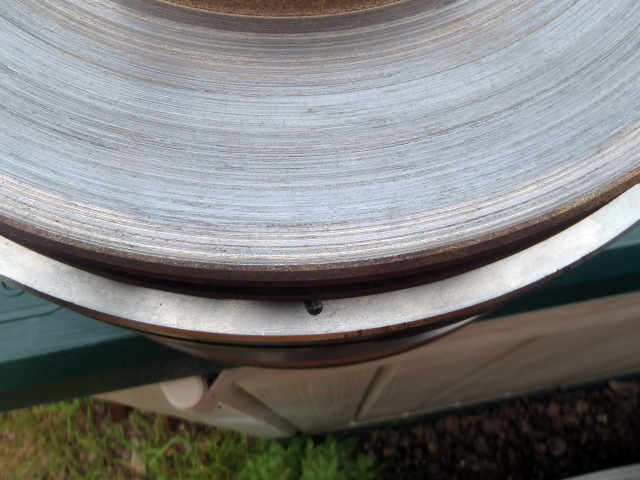 Fitting was a doddle – simply bolt the new caliper carrier on… 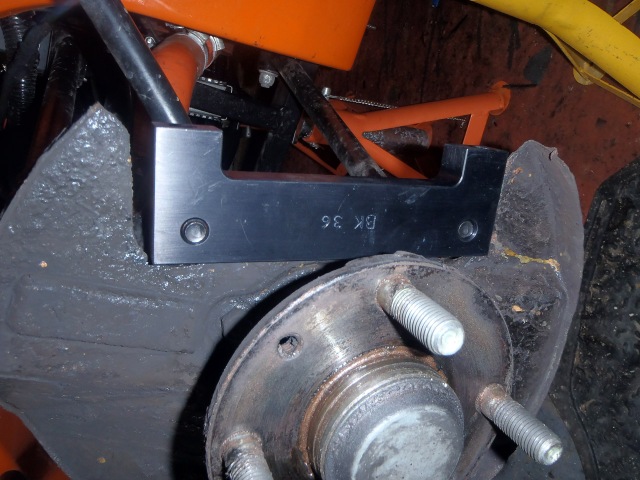 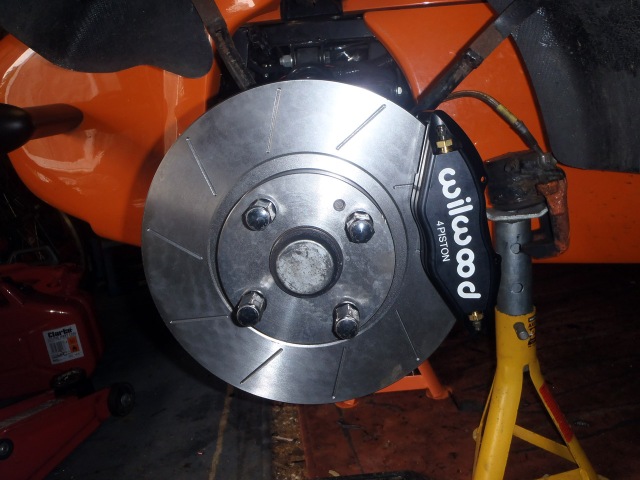 The backing plate needed bending a touch to accommodate the bigger discs but nothing major or complicated. I test fitted the smallest wheels I had, the 14″ track wheels and was surprised to see that there were no issues there. 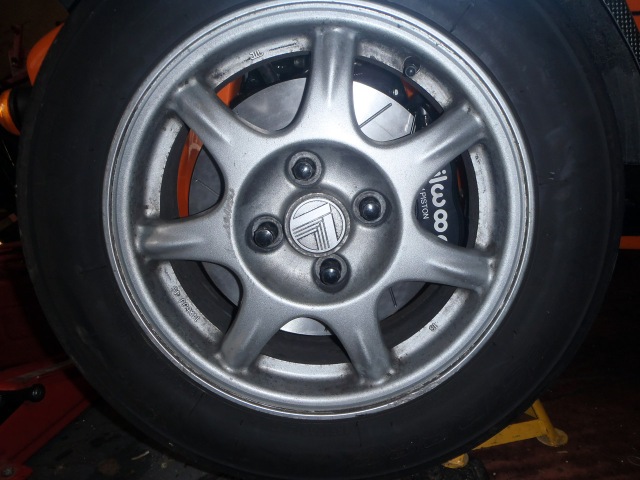 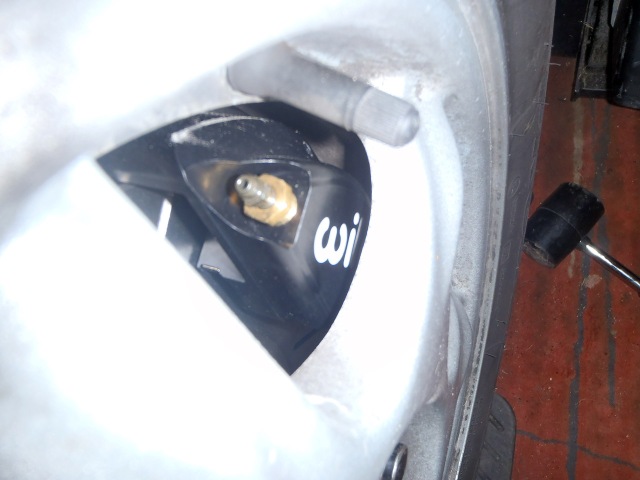 Back to the technicalities. The pad size is marginally smaller (ignoring the chamfered edges of the OEM pads): 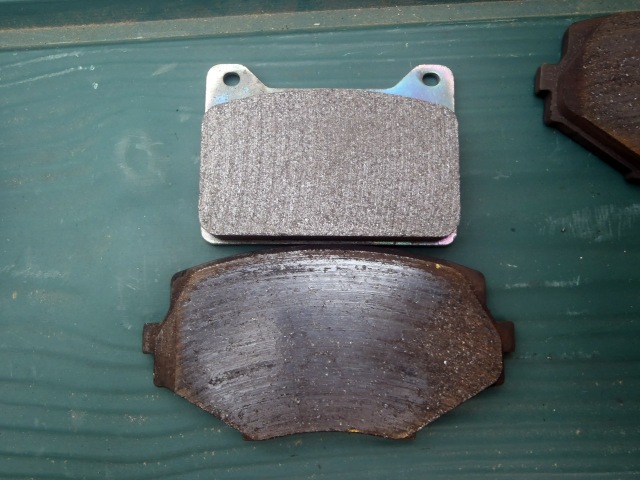 The total piston area is also slightly smaller, so in effect I should get a bit more pedal travel and thus some more ‘adjustability’.

With it clear that the brakes fit, it was time to press on so I went to the local Pirtek and ordered some new brake hoses. The fittings were different to the Mazda calipers so the originals couldn’t be reused. 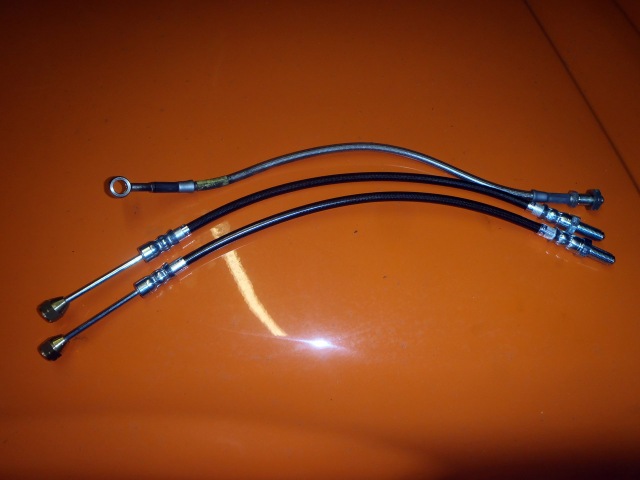 In terms of hose length, they’re not much different but the fitting on the end is what gives them the extra length that was required. This was more because of where they attach to the caliper than the caliper being on a slightly bigger disc.

Full lock one way proved there was plenty of space. 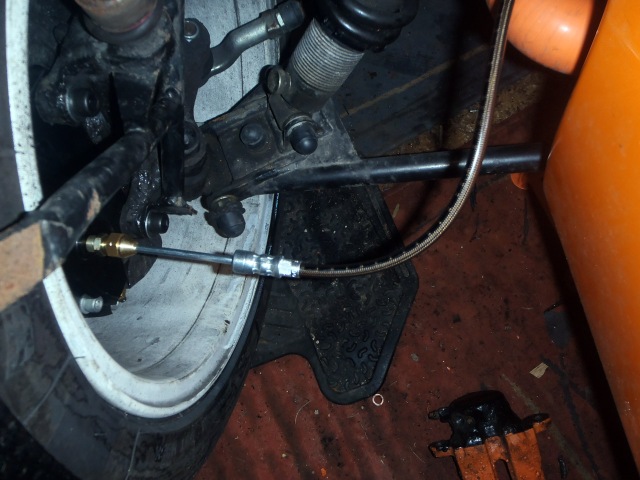 Full lock the other presented a problem! 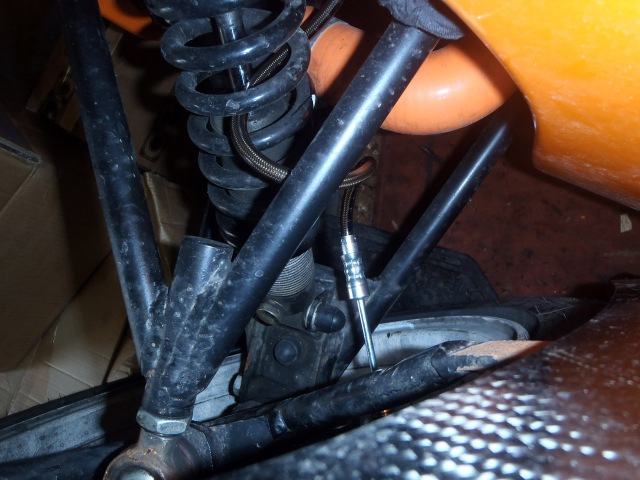 It took a bit of thinking, trial and error to get the ends bent into the right position but it was managed in the end.

With everything done, fluid changed it was time to pop the pads in… 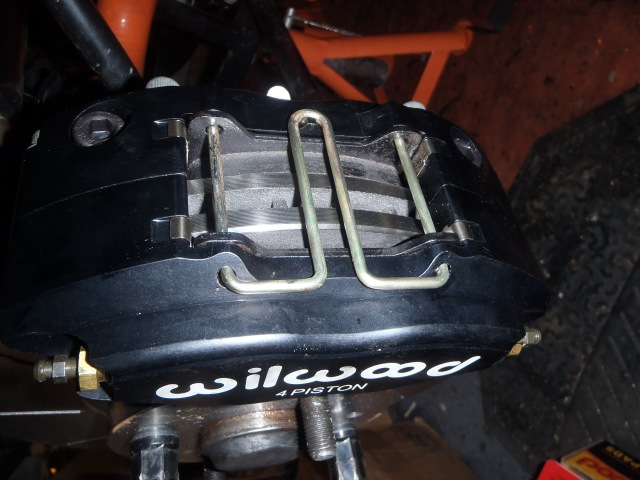 … and bed them in. I went to the same quiet road that I ran the engine in on and did the prescribed number of stops. They were quite grabby initially, made worse that for some reason the Nankang NS2-Rs that I was running made no sound when locking up. It didn’t take many stops for them to bed in though and on the short drive back I could tell I was already happier with them,

The next track day was soon after and 1.5 hot laps into the first session… they started to fade dramatically. My friend engaged smug mode that his prediction on the BP10s held true and we duly swapped them over to the PolyA. Apart from them being really quite hot, it was a remarkably easy swap!

I drove up and down the entrance road to bed them in and these were considerably more grabby than the BP10s. I felt they’d lock up if I so much as looked at the brake pedal the wrong way! It settled down a bit and after a couple of laps in the next session they were as good as gold.

Which just leaves the idiot behind the wheel as being the problem with the brakes! I’ll lock up far too often. This may be me getting used to the new brakes, or the extra torque from the bigger discs might be too much. I suspect it’s me of course so will leave it a few more track days before deciding if I need to do anything further.

This entry was posted in Uncategorized. Bookmark the permalink.