The neighbourhood has learned some new swear words the past few days but the boot box and RAC bar is finally fitted. Should’ve thought ahead and bought a Plays-kool boot box!

When I test fitted the RAC bar I marked where it passed through the tub. This meant when I slipped the boot box in I had a vague idea of where the cuts would need to start. I thus opened these out a little bit. 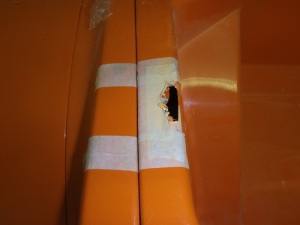 By putting a bolt in the top and bottom of the RAC stay fixings I could tie a wire between them and thus have a good idea of where the centre of the stay would pass through. It wasn’t quite central due to the nature of the knots but close enough. 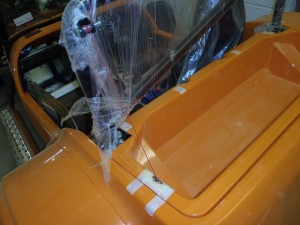 With my head in the wheel arch I could mark where the wire was going. 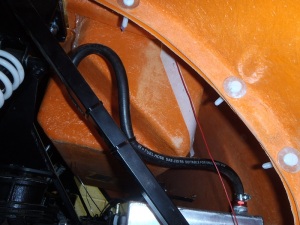 I marked out lines just under half the radius of the tube and made the first cuts. From there it was just a case of filing until it was right. 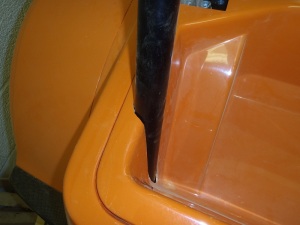 Or maybe a bit too far… 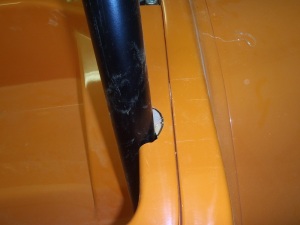 Having done all that, I had to file them out further when it came to fitting the rubber trim anyway. So with the hassle of having to remove the bar to fit the passenger side harness mount, then turning lots of the boot box into dust, then fitting it all I’ve pretty much finished the back end. I’d better have because I certainly don’t want to be removing the boot box again! Just need to source some countersunk bolts to secure it. 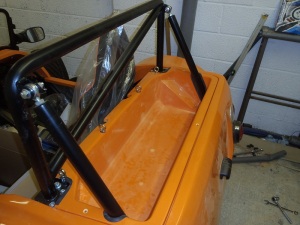 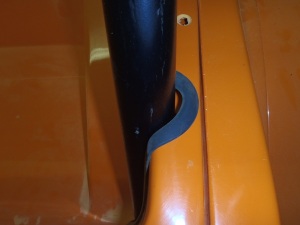 My IVA forms were received on Friday and I got a call Tuesday asking for payment. Hopefully I’ll have the date soon!

Not too much more to do now, major bits being the cycle wings and interior. About three weeks I reckon. I hope. I’ve asked for an IVA on the 19th June!

With my head in the wheel arch I could mark where the wire was going.